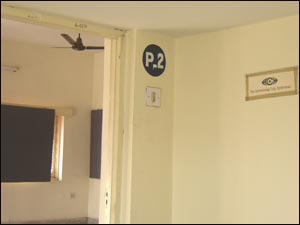 41 years down the line, it is a bustling anthill of activity with 300 members, including students, and professionals from major agencies such as Mudra, Mindset EYW, OTS, Rediffusion, Surya and Breeze. In addition, publications such as The Hindu, Eenadu and Andhra Jyoti use it as a forum to interact with advertisers. And the ad departments of big corporates such as ITC Agrotech and Nipuna as well as web-design firms like Iridium Interactive and DC Interactive have their presence here, making this club the place to hook into the network.

In keeping with the nimble pace of an ad-professional's life, ACH packs its typical month with activities galore. Seminars, workshops and competitions in advertising and marketing come by often because of the big names that are part of the member body. Vijay Kumar (CMD, Breeze), Utpal Sen Gupta (President, Agrotech) and Anil Kumar (Chief, The Times Of India, Hyderabad) are some of them.

ADVERTISEMENT
This page was tagged for
advertising club hyderabad
the advertising club hyderabad
advertising agencies clubs hyderabad
hyderabad ad club members list
advertising club in hyderabad
Follow @fullhyderabad
Follow fullhyd.com on
About Hyderabad
The Hyderabad Community
Improve fullhyd.com
More
Our Other Local Guides
Our other sites
© Copyright 1999-2009 LRR Technologies (Hyderabad), Pvt Ltd. All rights reserved. fullhyd, fullhyderabad, Welcome To The Neighbourhood are trademarks of LRR Technologies (Hyderabad) Pvt Ltd. The textual, graphic, audio and audiovisual material in this site is protected by copyright law. You may not copy, distribute, or use this material except as necessary for your personal, non-commercial use. Any trademarks are the properties of their respective owners. More on Hyderabad, India. Jobs in Hyderabad.